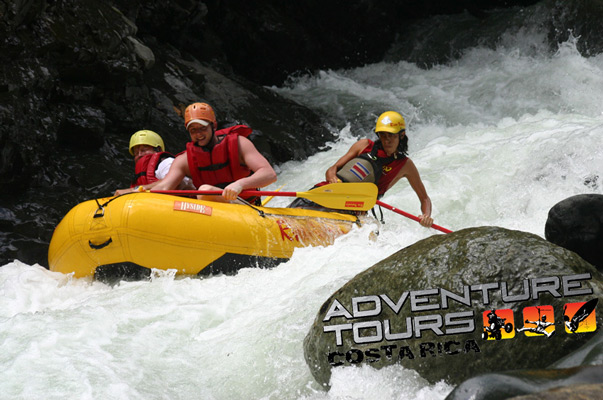 On Thursday I missed a Croc tour just north of Jaco in Tarcoles. The tour was wedged in between my class schedule that day, but I was looking forward to the trip. Teach English in the morning, hang out with giant prehistoric lizards on a lazy tropical river in the afternoon, teach English in the evening equals fantastic day in Costa Rica.

I took a public bus to Tarcoles (a fifty minute ride on the hourly Orotina bus) and was planning to get off in town so I could snag a quick taxi to the river. Unfortunately I got lost in a book (Oryx and Crake, Margaret Atwood) and when I finally looked up we had rolled miles past town.

I hopped off at a local restaurant and tried to situate myself. I made a call that was instantly cut off; I ran out of minutes.

After lots of running around I came to terms with the fact that I would miss the tour. Although my afternoon consisted of taking a bus out of Jaco to take a bus back into Jaco, I got lucky in that the restaurant workers were tremendously kind. Not only did they let me use their phones to cancel the tour, but they also directed me to the closest bus stop.

For twenty minutes I waited on the side of the road for the bus back to Jaco, ostensibly reading but in fact nervously looking up every time I heard a large vehicle rumble over the hill.

On Sunday, then, I got picked up for my tour at 7 am. I brought my book, again, but as it was Sunday morning I did more sleeping than reading. I wasn't missing too much; a large portion of the drive from Jaco south to Quepos is through an African Palm plantation. There are endless rows of trees planted strict rows and columns. Looking into the palms is a little horrifying, especially if you are wearing sunglasses or looking through a tinted window; it's like looking into a labyrinth of uniformity, populated with venomous snakes and murderous arthropods, where everything ends in an inky darkness.

When we (I'd taken the bus with a nice couple from Indiana named Tracy and Quill) arrived to the tour office just outside of Quepos, we were met with a breakfast of toast and fruit, and badly needed coffee.
Costa Rica has what will be, for many visitors, the best fruit they have ever eaten, but neither Tracy nor Quill would touch their pineapple.

They explained, “We've been eating pineapple non-stop since we arrived—they put a slice in every single cocktail—but we are currently being taught a painful lesson in the importance of maintaining a balanced stomach pH.” A warning: pineapple is acidic.

After a short wait the rest of the group arrived. Those staying in Manuel Antonio arrive after breakfast and then the groups set out to the river.

We all piled into a minibus to the Sevegre river, about an hour minutes away. Despite the distance, the trip felt brief.

Marco, one of the guides, filled the ride with jokes and information. He consistently told us about the landscape, the culture, the wildlife. We learned about African Palms (production rates, life-spans, acreage, employee demographics) while we drove through the seemingly infinite (and expanding) plantations. When we finally made it out of the palm forest Marco stopped the bus occasionally to show us the bloody oil of teak leaves, grab a stick from a cinnamon tree for us to pass around, or get us to guess the name of some minty leaves.

As the roads became rougher and the bus stalled on a steep incline Marco joked, “The river is class two or three right now, the roads: class 4 and 5.”

Even if Marco and the rest of the guides had been boring, the hour ride still would have flashed past. As we wound through the mountains towards National Park La Amistad the views were stunning; rainforest covers the steep mountains the Savegre river runs through, and our “class 5” road often opened up to give us picturesque views of the landscape. The guides would sometimes point into the distance and tell us a town lay there, but we had to take their word for it; all we could see were the trees.

The white water rafting itself was spectacular. Each group was piloted according to its weakest member. The guides chose easy routes for groups with children while more experienced boats were guided down more difficult lines. As I had joined a group of guys on vacation from San Diego our guide, Leandro, seemed to make it his goal to get us to flip the boat at the end of one of the rapids (in which he was successful). Because it was dry season, the river wasn't ferocious, but there were some fun rapids. Leandro guided our boat into a wave which we were able to catch and “surf” for about a minute.

The views and the wildlife made the trip unforgettable. Mountains often rose up on both sides of the river, covered in vined trees, tropical flowers. When the mountains shrunk away, 50 meter (165 ft.) wild cashew trees stretched above the jungle canopy. Little blue herons, wild egrets, and pink spoonbills waded in the slower sections of the river, stalking fish. Vultures and hawks circled overhead.

The ride back to the office is much quicker (as we don't have to drive down the river) and when we arrive food is waiting. The plates are simple casados (grilled chicken, rice, beans, vegetables, and small salad), but the food is fantastic. The chicken cooked perfectly; it's still tender and the spices are just right. The rice and beans are, again, simple, but well cooked. After a long day on the water you couldn't ask for anything better.

The tour, which lasts most of the day, passes by in a heartbeat. Everything is tied up nicely; the only thing you have to worry about is whether you have splashed your guide enough.