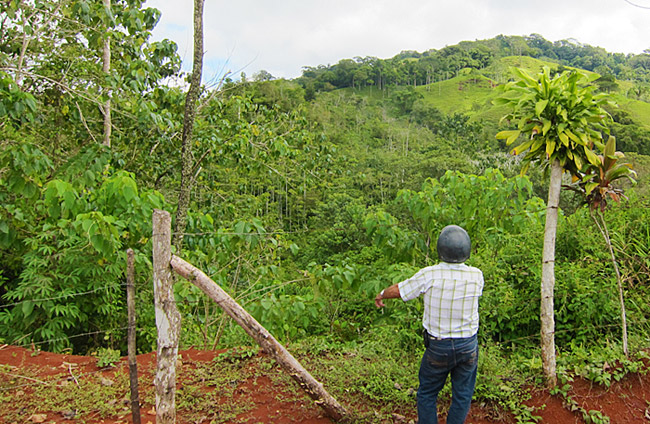 “I wonder if I'll need a raincoat?” I asked a friend before going to Costa Rica the first time. The thought was belated; I was just finishing packing when it struck me.

My mental images of tropical paradise includes sun, sand, blue skies, green forests and smiling, singing animals. Taken for granted is the fact that, presumably, rain is needed for plant and animal life to thrive.

“You should check when rainy season is.”

Rainy season had just begun. I relayed the news.

“You probably need a rain jacket, then.”

Although the comment seemed painfully obvious at the time, the jacket is still sitting in a closet somewhere in Costa Rica. It does rain (quite a lot, depending on where you are) in the rainy season but still I've found myself with relatively few opportunities to actually use a rain jacket. There are a number of reasons why.

Firstly, the weather on the beach in Costa Rica (Jaco!) is consistently hot. The rainy season in the country is generally concentrated during the Northern Hemisphere's summer and fall (May- October). Although Costa Rica is close to the equator, the country still receives more direct sunlight during these months. During dry season, although it is technically “winter,” the sun's rays don't have to combat with cloud coverage. Thus the temperature never really strays away from tropical (it does get pretty cold in the mountainous regions, especially from November to March). Wearing a rain jacket is uncomfortable even in the rain because it's unbearably hot. Sweat glands trapped under an impermeable later of plastic in Costa Rican heat get you just as wet as the rain will.

Secondly, the rain storms are generally short and powerful. Much of the rainfall, even in rainy season, is limited to fantastically powerful afternoon storms. The fleeting nature of these storms is the reason that many are trying to change what they consider to be the misnomer of “rainy season” to “green season.” When you are consistently able to sit on a deserted beach under a baking sun in October, during the height of rainy season, the name loses some of its clout.

The storms are great to watch from the shelter of a beach bar but they drop an impressive amount of water. Rain jackets provide very little shelter from these “aguaceros.” Because the weather is so frequently pleasant in both the morning and the evening, people rarely find themselves having to leave the safety of shelter when it is raining out. Costa Rica doesn't have days of endless drizzle where a rain jacket might be useful.

Basically, if you find yourself without an umbrella when it's raining, you will stay inside or you will get wet.

Neither option is necessarily unpleasant.