The Sails Are Here! 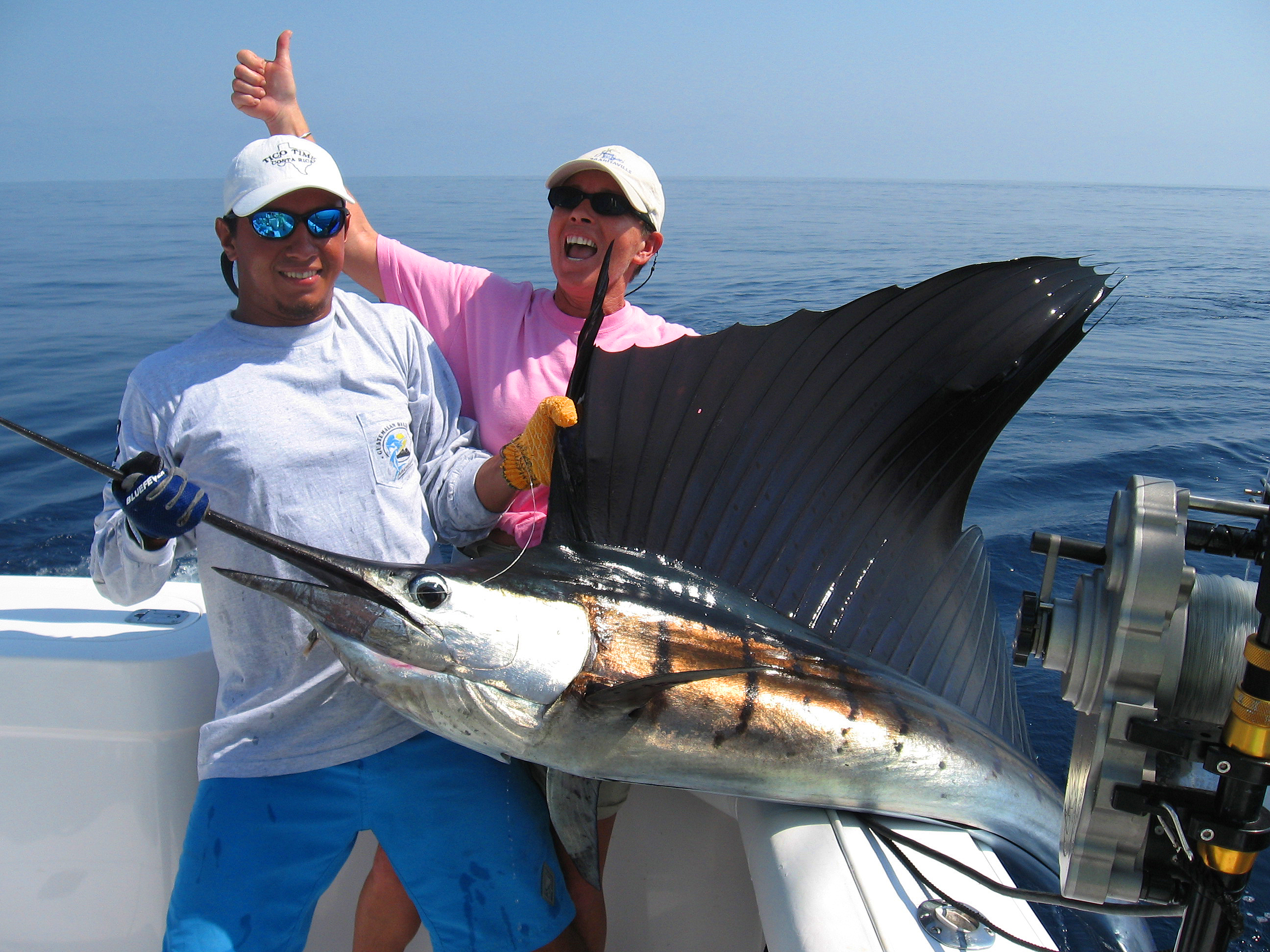 The sailfish numbers have really picked up in the past month. We have gone from struggling to get five bites a day in December to getting 20 to 30 bites a day now.

We have been releasing 10 to 20 sailfish on an average day. Those numbers should remain in that ballpark for the next several months.

In addition to sailfish, yellow fin tuna have also been very common over the past month or so. This is actually very uncommon as we have not seen strong numbers of yellow fin tuna in January, February and March for several years now. The yellow fin are back in numbers and are coming in to the Los Suenos Marina daily. The size of the tuna has been ranging between 30 to over 100 pounds.

The appearance of marlin has been scarce since late last year when we were seeing very impressive numbers. However, based on past experience, I would expect those numbers to improve soon.

Another unusual absence from our high season has been Mahi-mahi. They are typically plentiful in December, January and February, but they have not been showing up of late.

Inshore fishing has been good lately, but requires some work. If you try a few different spots, you can usually make something happen finding a good snapper bite, grouper bite or catching a few Rooster Fish.


All and all we are having another amazing Costa Rica fishing season out of Los Suenos. Be sure to book early, all the fishing charters are usually booked out for weeks if not months.