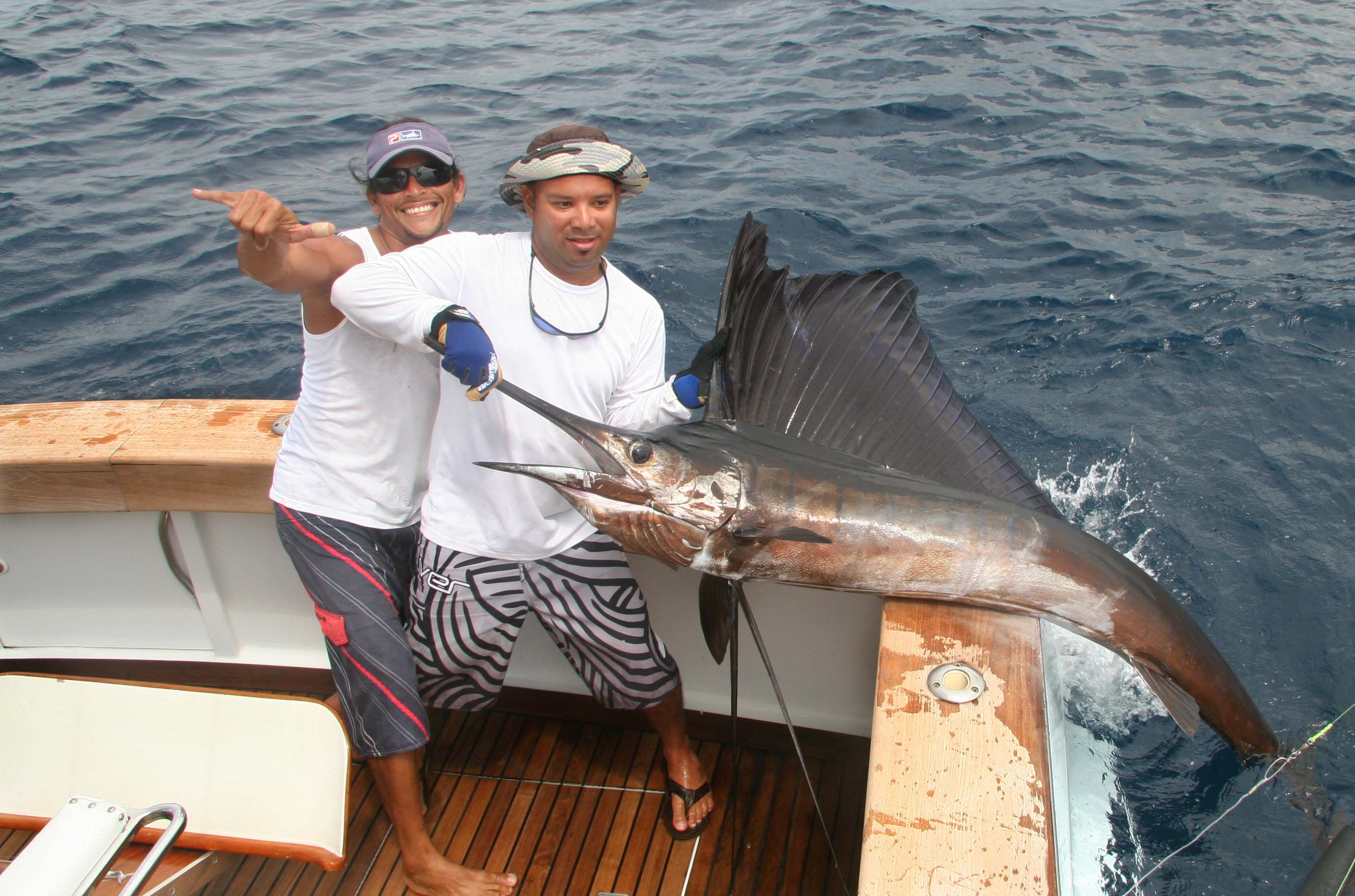 Great sport fishing news from The Los Suenos Marina - this month the sailfish numbers are soaring. We have been getting at least double digit bites every day. Seeing 20 to 30 bites from sailfish and making ten plus releases is the new norm.

The location of the bite has been pretty close to Los Suenos averaging less than 25 miles from the marina. The weather conditions have been perfect with flat, calm seas and sunny, cloudless skies.

Despite the huge number of sailfish seen right now, the marlin has been scarce. Of the 2000 + fish released during the tournament, only one marlin was released. Though there are days when several boats manage to land a marlin, it is scattered and unpredictable. Other than billfish, we have seen the occasional mahi-mahi mixed in to the same area the sailfish are occupying. On the whole, the mahi is uncommon and only a few boats a day will come back with one from the entire Los Suenos charter fleet. The yellowfin tuna are still hanging around and frequently seen. On average we are seeing 20 - 40lbs tuna hanging around the porpoises. At present, this is providing the best bet for something to take home for dinner.

Thanks for checking out our Los Suenos fishing report this month - wishing you tight lines from Costa Rica.