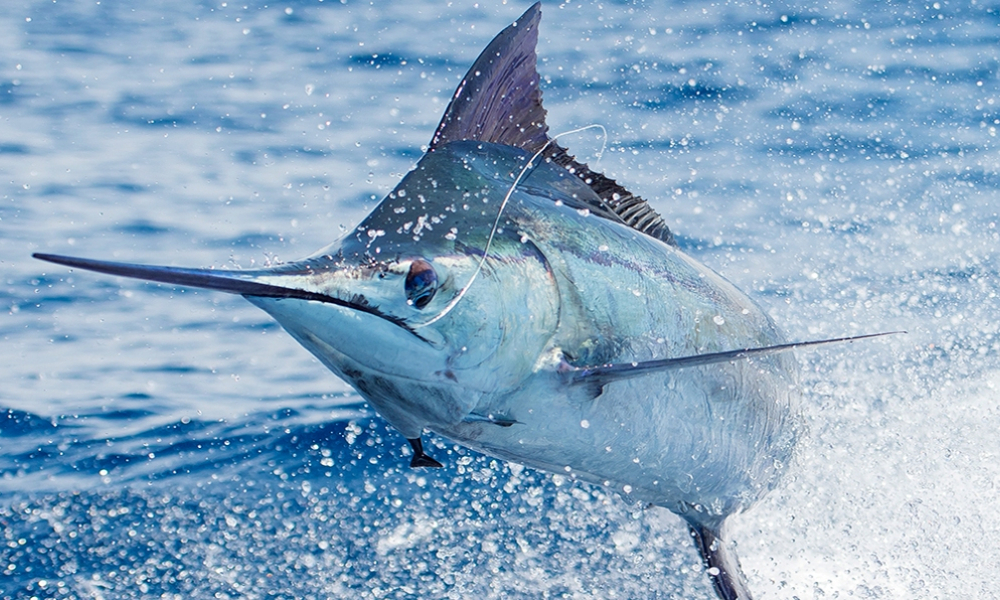 With the green season in full swing, we’re seeing great catches both inshore and offshore. Our charters may be on hold due to tourism restrictions, but the fish don’t seem to know it! They’re as active as ever and giving some great action as we move into July.

Marlin and Wahoo Showing Off in Central Pacific

Black marlin may be heading out for the month, but blue marlin are still going strong. If you go offshore fishing in July, you’ll soon realize why Costa Rica is known for year-round sportfishing. There are peaks and lulls, but you can hook most species year-round.

June through July are sometimes referred to as marlin’s second season because of how well they bite in this period. Pulling in some fresh bonitos is a great way to put fresh bait on your line and catch the attention of a marlin. A small marlin might weigh around 100 pounds, but with live baiting we’ve been pulling in 200–350-pound marlin in both black and blue varieties.

Alongside marlin, we’ve got plenty of wahoo running offshore. These wild catches can hit top speeds of 70 km per hour, burning out your reel with their first, blisteringly fast run. These silver fish make an exhilarating catch for even the most experienced angler and are on every dedicated pro’s bucket list.

Yellowfin tuna and mahi mahi are some of the most rewarding catches in July. When you hit offshore waters, you’re guaranteed to pull some in. Some of the best catches for both these fish weigh in at over 100 pounds, though if you’re looking for a good dinner meal, going for the smaller catches offers a fun fight and a great midday meal of fresh sashimi.

To find schools of yellowfin, your best bet is to keep your eyes on the sky, as birds will circle over head wherever spinner dolphins are at work.

Sailfish season may be over, but as you’re hooking yellowfins and mahi mahi don’t be surprised if you catch sight of some sailfish out past the shelf. Costa Rica is known for having loose seasons, meaning some types will stick around long past the end of the season. As we head into July, we’ll keep our eyes open for sailfish that have stayed in the area!

Inshore and Reef Fishing Give Dinner and a Show

Our inshore catches have been really showing off why the Central Pacific is a great place to charter a boat. Inshore and reef fishing for July looks like it’s going to be as diverse as ever, with mackerel, grouper, bonitos, and tripletail hanging around the reefs. Some inshore fish don’t put up much of a fight, but inshore fishing is anything but quiet. If you hook a roosterfish, expect a serious battle. Some roosterfish fights can last over an hour!

Amberjack, snapper, and snook are giving us great fun inshore as well. These tough fish are a great way for novices to test their mettle and give even experienced anglers a good fight.

If you’re planning to book a fishing trip to Costa Rica, our Jaco and Los Sueños locations are a paradise for saltwater anglers! Contact us online or at 1-800-761-7250 to book your trip.