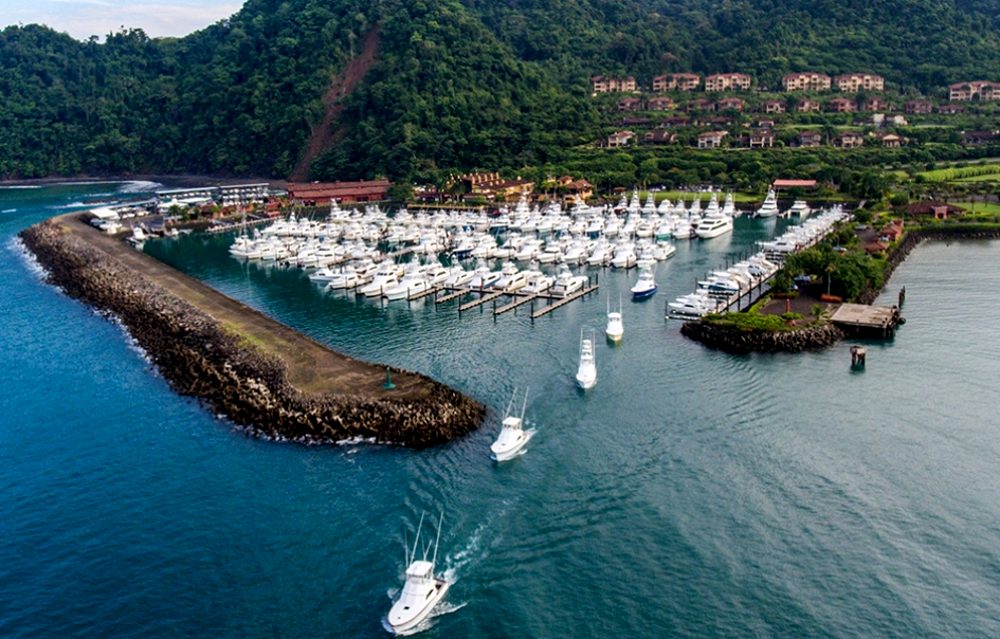 Fishing in Costa Rica in November: A Can’t-Miss Experience

This is an exciting time. And it’s not because the holidays are almost here. It’s because November is such a fun month to fish in Costa Rica. The slower months of September and October are behind us, and we have ahead of us some of the best fishing you can find on the planet.

Don’t believe us? Try it for yourself. Book your fishing charter today and see what fishing on Costa Rica’s Central Pacific Coast has to offer in November. Read on to learn more about what you can expect.

The Rainy Season Is Drying Up

October was, in a word, wet. But Costa Rica’s notorious rainy season dries up in November, which is the last month of it. Clearer skies and beautiful fishing weather start becoming the norm this month.

If you’re looking to escape the frosty temperatures of a North American November, anywhere near Jaco and Los Suenos is a great destination — both for warmer temperatures and for fishing. Average high temperatures in the area this month stick around 82.9 degrees Fahrenheit, with average lows in the upper 70s.

For fishing specifically, one of the most important temperature readings to look at is the sea water temperature. And in November, the ocean water feels really nice to all the fish you would want to catch. The average sea temperature is around 82 degrees F all month, and that’s the coolest the water tends to get around here. Seasoned anglers know cooler water often makes for great fishing.

Expect just a little over five inches of rainfall in the area for November, punctuated by nice, long days and more clear skies than we saw in October or September.

Marlin on the Move

Marlin — these impressive catches are what get us up in the morning in November. Blue and black marlin have been increasing in number and weight for the last month or so, and if you head offshore with some live bait, you’re almost sure to snag one in November.

Off the Central Pacific Coast of Costa Rica, November is the beginning of peak marlin season. If you come looking for marlin, come prepared for a fight — these massive billfish won’t go down without one. And because marlin can top 1,000 pounds, the fight is going to be a lot of fun.

Go for a Grand Slam

Ever heard of a Grand Slam? In Costa Rica fishing speak, this means something different than what you’re used to. It’s a goal to set for yourself: to catch a striped marlin, black marlin, and blue marlin while you’re here fishing. We’ve seen plenty of people on our charters do it, and we’re betting you can, too.

Marlin are certainly one of the main offshore attractions this time of year, but it’s not the only thing swimming offshore. November is also a nice month for big yellowfin tuna, plentiful mahi mahi, and lightning-fast wahoo.

If you’re interested in sticking closer to shore, you will still have plenty of fish keeping you busy this month. Roosterfish, grouper, snapper, and amberjack are all common inshore catches. You’re also likely to see mahi mahi, which are in peak season.

There’s plenty of fun to be had fishing anywhere in Costa Rica this month, so don’t discount inshore catches. In particular, roosterfish — with their feathery fins and elegant stripes — are a fan favorite inshore in November. That’s mostly because of the massive fight they put up as you reel them in, but they’re also great to look at.

If you could only choose one month of the year to fish in Costa Rica, we would strongly recommend that you add November to your list of top contenders. This is one of those magical transitional months in which the weather is changing, many of the fish are in or headed to peak seasons, and the weather is gorgeous.

In other words, November is hard to beat when it comes to fishing in Costa Rica. Like the many fish you’re sure to catch, if you come fish this month, we’re pretty sure you will be hooked.

Don’t miss this chance — book a fishing charter today. All you have to do is contact Adventure Tours Costa Rica. Reach out to us online or give us a call at 1-800-761-7250 today.