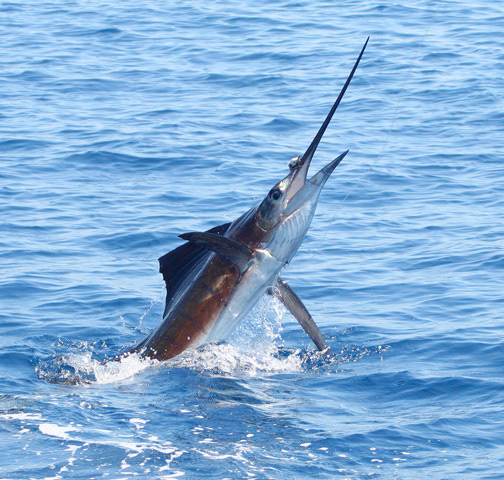 As anyone who’s gone sportfishing in Costa Rica can tell you, the late November transition into the dry season can make for a decidedly bountiful catch. Today, we’re going to talk about some of the fish you can find in Los Suenos throughout the month of December.

Even though we’ve arrived at the final month of peak snapper season, there are still plenty available to catch in Los Suenos. As a fish with a wide variety of species, you’ll find them all along shallow waters closer to shore as well as the bottom of the Pacific. Try to look out for the Cubera, which is the largest snapper species out there; these fish often tip the scale over 100 lbs., potentially making for a big, tasty dinner.

Roosterfish season will continue to ramp up throughout this month. Like snapper, it’s another inshore fish you can land in Los Suenos. Check for them on sandy ocean floors and in the surf; look for them in depths between 50 and 60 feet. Be careful, though--they can be a particularly aggressive catch.

December is the beginning of sailfish season, the density of which peaks sometime around February. Sailfish are an easier catch than marlin but still just as beautiful. In the sportfishing world, sailfish have put Los Suenos on the map with the Los Suenos Signature Billfish Series and the Annual World Billfish Series Championships. These tournaments draw anglers from around the world to Los Suenos every year.

Marlin is another fish you’ll start to see a lot in the area come December, but it’s also found swimming in the waters around Golfito and Drake’s Bay. However, not every variety will be equally abundant. For example, striped marlin may be available year-round, but black marlin only really start showing up between April and May. Any marlin is a prize catch, as these lunkers can easily clock in at 600 lbs., making for a spectacular and exciting battle.

Even though peak mahi mahi season starts winding down in November, you still might be able to catch some stragglers offshore in December. Also known as the dolphin fish or Dorado, mahi mahi are speedy and colorful fish, hitting quick bursts out of the water at speeds as high as 50 mph. What’s more, mahi mahi make for a light and flavorful dinner as well.

You’re just one month shy of the start of yellowfin tuna season, which starts populating Los Suenos waters pretty quickly come January. But like mahi mahi, you might be able to land a few come the end of the month, just as things start to get hotter. These fish can vary considerably in size, ranging from a foot to a whopping 300 lbs. However, you’ll only really find the bigger ones in late spring, so any yellowfin you find in December will likely be pretty small.

Bottom line, now is the time to reserve your Costa Rica fishing charter! Reach out to us today to get your peak and high season sport fishing reservations while they last.