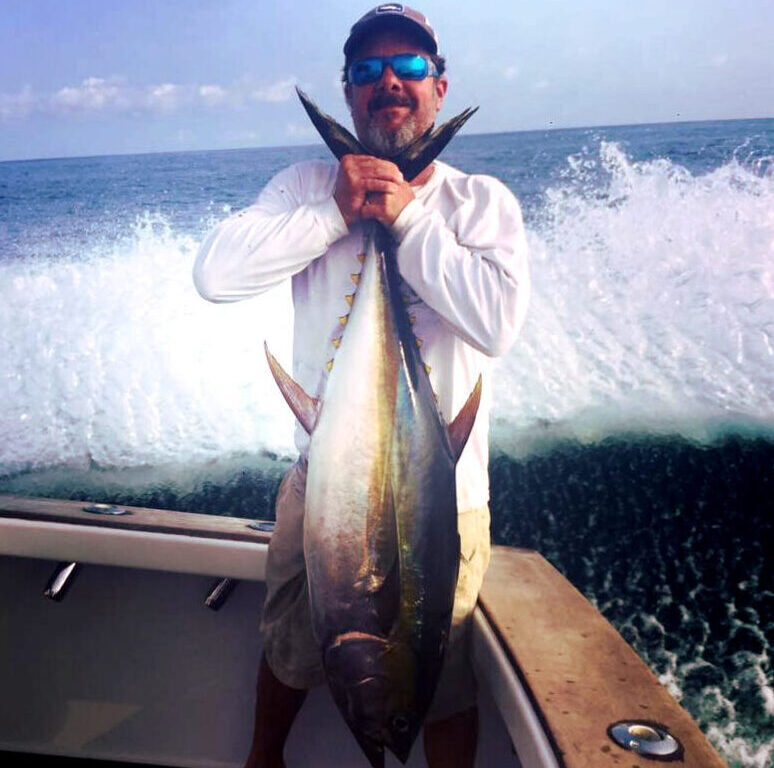 Colder months are coming fast, but that doesn’t mean that the fishing fun in Costa Rica is over yet. Far from it, actually; this month we’ll see an uptick in a few different species, like snook, tarpon, and some good, old-fashioned tuna. But not all of the fishing hot spots down here are equally bountiful in fish. Some areas are teeming with certain species, while others are completely devoid of them.

So, what is the fishing forecast for the coming month? Which areas are fish-rich and which places should anglers avoid? Read on to find out.

The North Pacific region of Costa Rica includes spots like Coco, Tamarindo, Papagayo, and Nosara. During the summer months, this area of the island is plentiful with every kind of fish you can catch down there. Think snapper, wahoo, dorado, roosterfish, yellowfin tuna, and both blue and black marlin. However, things start slowing down in September, and by October, the outlook is fair at best. This is because the things off-shore start to slow down as the weather gets better.

In this region, the only species that holds strong throughout the entire year is snapper. As for the others, your chances of landing one aren’t too bad, but not too great, either.

Costa Rica’s Central Pacific region isn’t as bountiful as the northern region, but it’s still got plenty of fish to land, depending on the time of year. Unfortunately, December and January are the peak fishing months for this region, meaning October is almost completely empty; you’ll only be able to find some snapper and roosterfish, and even then, your chances of landing a big catch aren’t stellar. The same goes for Lake Arenal, which is also barren of fish in October.

If you’ve already missed the prime fishing season in the North Pacific region of Costa Rica, consider waiting a few more months to head down to Quepos, Los Suenos, or Jaco. These Central Pacific Costa Rican fishing spots will be hot come the end of the year.

The South Pacific region of Costa Rica is like the Central Pacific region in that its prime fishing months are also December and January. Shockingly, though, it’s nearly a wasteland in October, with the fishing forecast looking particularly bleak here for the coming month. Folks hoping to travel to Golfito, Drake Bay, or the Osa Peninsula soon may want to wait until next month, when the fish start coming back in droves.

Other areas of Costa Rica, however, like Tortuguero on the North Caribbean coast, are excellent spots for fishing in October, provided you’re only looking to catch some tarpon, snook, and tuna. Generally speaking, though, October is rather low-key compared to the summer and winter seasons.

If you decide to take a trip down to Costa Rica in these low-activity months, here’s hoping you’ll be happy with a load of fresh tuna. As always, thanks for reading--and happy angling!