Prime Billfish Time with More Marlin on the Way 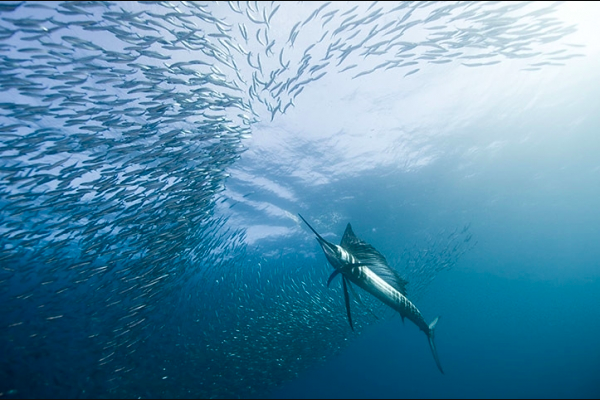 An amazing shoulder month, April offers both peak billfish time and the cusp of Green Season catches for fishing charters out of Los Suenos.

The Culmination of Peak Billfish Time

We’re right now in the home stretch of prime billfish season, which runs each year from December to April. While, yes, you can find billfish in the Central Pacific all year round, these months are particularly good as migratory fish head to these waters and join with its year-long inhabitants to create some of the most fertile fishing grounds on the planet. It’s why these months are tournament time and why anglers from all over the globe, pro and novice alike, set out from the Los Suenos Marina during peak billfish season.

So what does that mean for the average charter? First, let’s dispel the myth that things are “fished out” in April. It’s not uncommon to hear that phrase, but it is just dead wrong. It doesn’t even make sense when we’re talking about catch-and-release sailfish. There is some truth to the notion that lots of billfish are heading north soon enough. Some migration is starting off right about now. But, while it may be at the tail end, April is still considered peak billfish time and the hauls we always see during this month do justify its inclusion. These days, most boats that go out looking for sailfish are getting about ten bites per trip.

A big reason Costa Rica is a world-class fishing destination is because there’s always something awesome around. When one kind of fish species moves out, another comes right in, with some great overlaps. And this is the case with billfish density that starts to drop at the end of April when we see a rise in marlin. The onset of the Green Season, which runs from May to November, coincides with the increase in the numbers of both blue and black marlin, with more blacks but blues are pretty abundant too.

The biggest and fastest of the species, black marlins are things of legend and you’d have a hard time finding an angler who doesn’t list hooking a black marlin as one of their best all-time fishing experiences. They can get up to around 500 to 600 pounds and have incredible strength, so you can expect a battle that lasts hours before the final victorious release. You can also expect a similar fight from blues, though they tend to be more in the 250 to 300-pound range.

If the trends of past years hold, and all signs say they will, we should be looking at prime black marlin time in April and May and get a bump in blues in June and July. And let’s not forget about striped marlin. Sure, they’re smaller than the blacks and blues, but stripeys put on amazing acrobatic displays when hooked and their numbers are really consistent, making them a great year-round catch.

Going Offshore for Yellowfins and Mahi-Mahi

This isn’t exactly the prime time for mahi-mahi. We’re looking forward to that in fall when their peak density hits in October and November. Still, you can find them if you’re going after them, usually in moderate hauls and ranging around 30 pounds, though sometimes larger.

The same can be said for tuna, which are more abundant but can be a bit spotty this time of year. While you can find yellowfins all year long, the ramp-up for the bigger ones often starts in May and runs pretty strong through summer and into fall. That’s when we’ll come across 200-pounders, but these days we’re more likely to hook yellowfins in the 30 to 50-pound range. That said, the smaller ones are found in good numbers when you come across them and offer lots of action.

Targeting the inshore reefs always offers some tasty table fish, and we’re finding plenty of cubera snappers, roosterfish (yeah, an acquired taste), along with jacks and seabass. When going for groupers, golden and snowy, we’ve had luck bottom fishing at around 400 feet. Both fish make for great meals and even though they’re only about ten pounds each, the action is still pretty good when we come across a bunch of them.

Going into the Green Season

It seems hard to believe, as time is moving fast, but we’re just weeks away from the Green Season that starts in May. It’s then we usually see more rain, most often at night and in the late afternoons, that sweeps wood and other rainforest debris out to the sea. Under the flotsam, we’re looking forward to seeing smaller yellowfins, mahi-mahi, and the prized marlin that feed on them. Until then we’ll just enjoy sunny skies, calm seas and the last glorious days of peak billfish time.

The perfect complement to a getaway by Jaco Beach, a big game fishing trip in Costa Rica never fails to disappoint and tops the bucket list of pro and amateur anglers alike.