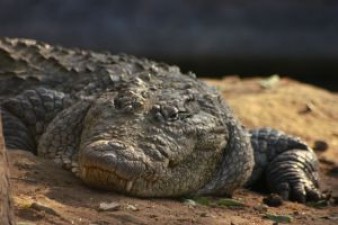 Adventure Tours Costa Rica offers a number of unique travel opportunities in Costa Rica, not the least of which are tours in the rainforest, on white sandy beaches, on the waters just off the Nicoya Peninsula, and more. In fact, just about every environment that Costa Rica has to offer can be explored through Adventure Tours – including the mangroves of Costa Rica, inhabited by the deadly, beautiful, and impressive Crocodile.

A Convergence of Habitats

The Tarcoles River, otherwise known as the Grande de Tarcoles River or the Rio Grande de Tarcoles, is a major river in Costa Rica. The upper reaches make up the Carara Biological Reserve, a major habitat for American Crocodiles, The unique converge of the region’s three ecosystems -- rivers, swamps, and the Pacific Ocean – has allowed an incredibly diverse amount of wildlife to gather, grow, and truly flourish.

Birding enthusiasts come from across the world to observe the many rare species of bird found here, including a variety of herons and egrets such as the Boatbill and the Bare-throated Tiger Heron, along with the Double-striped Thick-knee, the Mangrove Warbler, and the American Pygmy Kingfisher. If you are a true birding enthusiast, you may be interested in a guided tour through the best areas for birding in the region!

You may also enjoy the monkeys and sloths that call the area their home. These creatures can be seen across Costa Rica, living comfortably in the trees alongside humanity, and you won’t be disappointed if you come to the Tarcoles river searching for them! Of course, there is one inhabitant of the Tarcoles river who is especially happy to see a monkey or sloth…

With more than two-thousand crocodiles living at the mouth of the Tarcoles river, this is the largest concentration of crocodiles per square kilometer in the entirety of Central America. The crocodiles feast on the aforementioned birds and apes, along with the many other animals that can be found near and on the river, keeping themselves fat and happy.

If these prehistoric beasts interest you, you’re in luck, but Adventure Tours Costa Rica will take you as near to them as possible! The two-hour tour will be led by a bilingual guide aboard a boat that will skim across the river’s waters. Soon you will find yourself observing nature in action as crocodiles sun themselves, float calmly in the waters, and occasionally make a mess of things when something gets just a little too close for its own good.

These natural habitats are quickly dwindling in size and health across the planet, but Costa Rica is remarkable in the efforts the government makes to protect rivers and environments like the Tarcoles. Come enjoy the fruits of their labor!