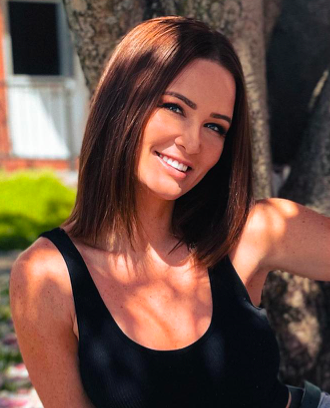 Jaco, Costa Rica made celebrity news recently when Ashley Mitchell, the two-time winner of MTV's hit reality show The Challenge, announced she would be moving from her home in the United States to the “rich coast.”

According to her social media posts, Mitchell has taken up residence - at least for the time being - in our very own Jaco, Costa Rica where she is renting a living space for a few months with her new boyfriend. Her social media announcements suggest that her stay in the area will be more long-term.

Mitchell's fans were very excited to see a series of photos on her Instagram account of the reality star happily posing with her new significant other while sporting their surf-wear. Mitchell's boyfriend's name was not shared, but they appear to certainly be enjoying life in Costa Rica.

Before appearing on MTV's The Real World: Ex-Plosion in 2014, Ashley Mitchell was a pageant queen and aspiring model. Once she broke into the world of reality television, she seemed to be here to stay. To date, Mitchell has also been a contestant on nine seasons of MTV'S The Challenge.

The 34-year-old currently holds the record for the most money won by a female contestant on The Challenge: she is a two-time winner who made over $1,000,000 on the show. The two seasons that she won were 2017's Invasion of the Champions and 2018's Final Reckoning.

Ashley Mitchell is a world traveler, featuring highlights from her visits to more than ten countries on her Instagram account including Japan, Ecuador, Amsterdam, and - of course - Costa Rica. She spent time recently in Panama City, Panama, but she seems to have chosen Jaco, Costa Rica as her ideal place of residence.

Here are a few spots in our beautiful country where Ashley Mitchell has checked in:

Yet another celebrity has discovered the beauty of Jaco. We hope that Ashley Mitchell enjoys her new Costa Rican life as she takes in all our wonderful town has to offer.