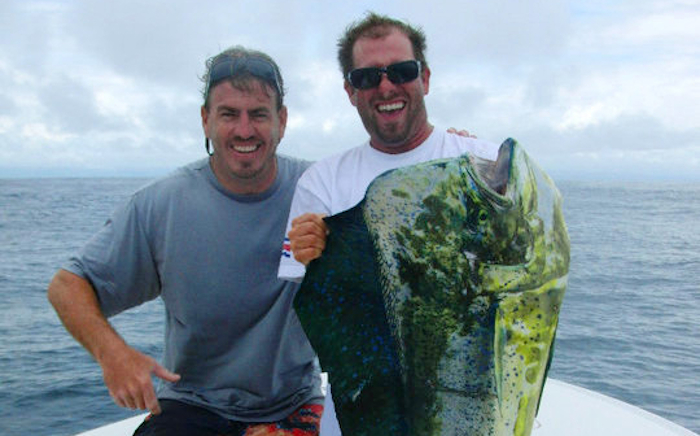 Fishing trips out of Los Suenos Marina have been all about dorado, tuna and some tasty grouper lately. Here’s a look at what’s been biting.

October is often seen as something of a lull month in the Central Pacific in and around Los Suenos. There’s less tourism as we’re smack dab in the middle of the rainy season, though the “rainy” or “green” season rarely ruins a day of fishing. That can also make is a great time to book a fishing charter, with fewer visitors around and October is a great bridge season. It’s when we get out first big bites at some of the most prized fish in the region.

While December is often an intense time for marlin, when anglers from across the globe head to Costa Rica’s fishing grounds for the much-dreamed-of chance of hooking one of these magnificent fighters. But the increase in marlin density starts soon enough and while we won’t see to biggest action for a few weeks, if last year serves as a guide, this is still an amazing time to go after marlin.

So for now, we’re content with the abundance of striped marlin we’ve been hooking and we’ll wait until the arrival of the blue and black marlin over the coming months.

Inshore we’ve been having some amazing luck with grouper. There’s a good reason to be pretty happy about that, as grouper is increasing the go-to fish for those who want to eat healthily. Low in cholesterol with no saturated fats, grouper has a mild flavor similar to halibut. Twist some citrus on chunks of this flaky and sweet fish or douse it with butter for a lobster-like experience.

What else do we find along the rocky reefs of these waters? Flush with jacks, roosterfish, snappers, and more, inshore fishing is as good as always.

Near the Height of Dorado Density

We’ve also come across some nice sized dorado inshore of late, another fish that makes a fine meal. The inshore catches have been averaging around 20 or 25 pounds and in pretty good numbers. This is especially true when we come across some nice big cluster of floating debris, as it seems almost more often than not there’s some nice dorado lurking for cover under there.

And about 10 to 15 miles offshore we’ve also been hooking some nice dorado, in bigger sizes, the 30 to 40 pounds range, with a few smaller catches in the mix. Their larger numbers recently are expected, as they usually arrive in bigger numbers starting in September and for a swell that falls off around December. Dorado, or Mahi Mahi, rarely disappoints when hooked. Prepare for fast bursts of power and a formidable fight when bringing one in. And their flavor is well worth the battle. Perhaps you'll savor some seared Mahi Mahi after the charter returns to the marina?

Most folks know that there’s never a bad time to go after tuna in the Central Pacific, but there are fluctuations and density shifts and we’ve been seeing one of late. Traditionally there’s a rise in the tuna population that’s just starting to tick up and, if past seasons are any indication, should peak in January. That’s when hooking the biggest in the 200 pounds and over the range is most common.

For now, we’ve been doing well coming across yellowfins in the 100-pound range, and lots of “footballs” coming in at forty pounds, more or less.

Fishing charters out of Los Suenos book early so contact one of our agents to reserve your getaway in Costa Rica near aco Beach and other top attractions.