Marlin, Yellowfins and Multitudes of Mahi-Mahi 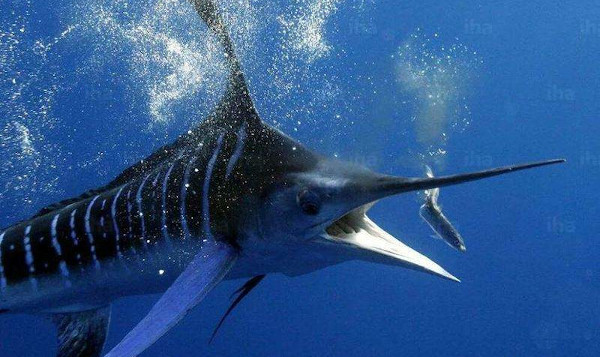 Fishing charters out of Los Suenos by Playa Jaco have been reporting good numbers of blue marlin, yellowfins, and multitudes of mahi-mahi.

There’s a good reason the big billfish tournaments take place in Los Suenos after December, usually staggered in stages through January, February and March. If you're going after the multitudes of marlin that populate the waters of the Central Pacific, this is a prime time to go. And we’re just seeing the start of that now when the peak densities begin to rise before the arrival of the world’s top anglers.

Much Ado About Marlin

Tournaments aside, the marlin don’t always obey competition schedules. Right now we´ve been seeing black marlin in nice numbers, and with good density now, perhaps its an indication they’ll taper off a bit come January when we’ll see a lull that picks up again in April then builds throughout the rest of the year. For the past few years, the sweet spot has been from mid-December until the end of January when black marlin often show up in big numbers.

Blue marlin vary, some days we hook two, some days it’s up to ten, on average say we’re getting about five on the line each time we head out going for marlin. There have been some stripes in the mix, but mostly we're seeing blues these days.

When people plan for a big trip to go fishing out of Los Suenos, mostly what you hear about is marlin. Fair enough, going after marlin is often a once-in-a-lifetime trip for many. But let’s not forget that prime sailfish season runs from January to March in these parts. When we’re targeting our top spots recently, were seeing as much as 40 releases a day.

More Mahi-Mahi Than We Can Handle

Well, maybe that’s an exaggeration because we can certainly handle a lot. But mahi-mahi have been pretty abundant of late. If we're really going for them, we end up bringing in big hauls up to fifty in an outing. But most days aren’t so bountiful, more landing in the 15 to 20 range, with their sizes at about 30 to 40 pounds. Most days we try to keep things varied, so we´ll quit going after mahi-mahi after we have a nice haul and focus on marlin.

If you’ve seen seafood on a restaurant menu lately, there's a pretty good chance they are serving mahi-mahi. It’s one of the most versatile tables fishes out there. Grilled, baked, steamed, poached, there’s almost no bad way to cook mahi-mahi. It’s pretty much guaranteed to keep its flaky consistency and mild taste, as long as you don’t overcook it.

As most fishermen who head to these waters know, there’s always tuna out there. It varies some, sure, we often get a buildup in density starting around April and that swells through August. But you can pretty much always come across “footballs” in the ten to 20-pound range and larger yellowfins in the 40 to 50-pound range. So while we weren’t totally focused on them over the past month, especially with the intense mahi-mahi action, we were hauling in nice numbers in the 50-pound range live baiting. Usually we find pods about 50 or so miles out from Los Suenos.

Yellowfin is another fish that’s perfect to bring home to the dinner table, about as versatile as mahi-mahi. With a higher natural oil content than other catches, the fresher the better with yellowfins. Marinated in citrus and pan-fried is one of the simplest and most delicious cooking methods. But many say it’s best not to cook it at all, as yellowfin sushi is hard to top.

It may lack some of the majesty of going out deep for marlin, but small inshore bites still give us lots a great action. This is especially true if you’re going out with younger anglers who like to keep things active and almost always have something on the line. We're talking about jacks, groupers, snappers, and of course, roosters, roosters, roosters.

Big roosterfish, averaging about 50 pounds, we come across mostly along the rocky reefs, at depths of about 50 to 80 feet, baiting with bonitos or other small baitfish. Roosters are fierce fighters and while they can’t match the power and acrobatic grace of billfish, they still make for a thrilling catch.

Charters can fill up fast, especially in the upcoming holiday seasons when anglers tend to make the most of winter breaks. So contact an agent today to get in on the big game fishing trip of a lifetime out of Los Suenos Marina.