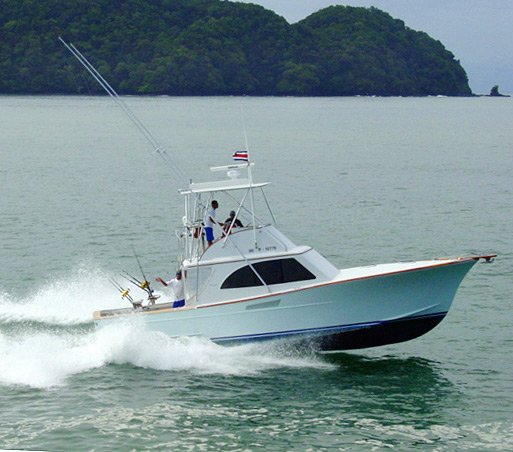 When people think of taking a Costa Rica vacation, they typically consider traveling during the winter months; from late November through April. This is because it is the dry season when the weather is beautiful, especially to someone escaping a long, bitter winter up north. Fisherman however, should take a long look at booking a Costa Rica vacation package during the "green season" from May to mid-November.
Fishing tends to heat up during rainy season in Costa Rica, also known as the green season. This is great news because this is the season when tourism lags and prices for a Costa Rican vacation package tend to be more affordable throughout the country; also you won't have to compete with the masses or fight crowds to enjoy local spots, tours, exotic dining and fun.Saltwater fish abound on both coasts of Costa Rica from May to November. Sailfish and Dorado can be caught on the west coast of the country in the early part of the season and Tuna tend to be caught near the end of the season in that area. Snapper bites all year long on the Pacific coast. On the East side of the country, your best chance to catch a Wahoo is early in the season while Spanish Mackerel and Dorado are biting all year round.

One of the best things about saltwater fishing is that the waters are relatively calm, even during the rainy season, and the fish are fairly close to shore. This means that there is usually just a short, smooth ride between your hotel or condo and the best fishing of your life.
Fishing in Costa Rica isn't limited to just the coasts, either. The inland lakes and streams are loaded with Trout, Snook and Rainbow Bass, and they bite pretty much all year round. The best freshwater fishing spots are in the northern part of the country, in spots like the Cano Negro National Wildlife Preserve and Lake Arenal. For a bit more adventure in these spots, sometimes you can hook into a toothy Alligator Gar or Machacha.
Whatever your fishing pleasures are, you will have no problem hooking your catch, along with fun and a everlasting experience in beautiful Costa Rica's green season fishing.