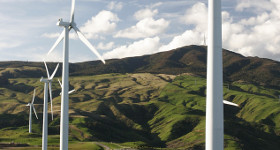 You might think your trip to Costa Rica in the tourist-friendly area of Jaco Beach is at odds with eco-friendly travel. But that’s simply not the case. The Central American country has been at the forefront of sustainable tourism for decades and you can have an exotic getaway with a minimum carbon footprint.

When you flick on the lights in your hotel room in Costa Rica, there’s an almost certain chance that the energy you use is green. There’s a treasure trove of geothermal energy under the country’s magnificent volcanoes, while ever-increasing wind turbines produce energy from above. Rushing rivers result in lots of hydropower and an abundance of sunshine creates solar energy all across the land. Costa Rica currently gets about 98% of its electrical energy from renewable sources!

On June 5, 2017 (World Environment Day), Costa Rica launched an initiative to completely eliminate single-use plastics and replace them with water-soluble products. The goal is to get rid of all of those cups, straws, bottles and disposable bags by the year 2021. The program is part of a larger plan for the country to become totally carbon neutral in the same year!

While deforestation is a growing problem across the planet, Costa Rica is actually increasing its forest cover in dramatic fashion. In fact, over the past three decades, the country has doubled its forested land. Today, about one-third of the entire country is designated as protected national parks and other nature reserves.

The green thinking extends to the sea as well. Off the Pacific coast, the Seamounts Marine Management Area is the world’s largest protected section of the ocean after the waters around the Galapagos Islands. So you can set off on a fishing trip in some of the planet’s cleanest ocean waters.

A Stop to Styrofoam

The detrimental effects of styrofoam on the environment are no small matter. Worse than plastics, styrofoam can’t be recycled. And like plastic cups, it’s not biodegradable. In fact, it’s estimated that styrofoam can take 500 years to break down, so it’ll still be in that landfill or ocean water long after any of us are around! And styrofoam contains dangerous toxins. That styrofoam smell you may notice, especially when heated, is a combination of chemicals that are harmful to both humans and the ozone layer.

So Costa Rica has decided to end all use. This year the government enacted legislation to ban the import, sales, and distribution of styrofoam across the country. While you can still use those polystyrene coolers, coffee cups, and take-out food containers today, they will be a thing of the past in 2021. Violators will get slapped with fines that range from about $750 USD to $7,500 USD.

And they’re not stopping just at carbon neutral. The government has kicked off a plan to totally decarbonize the country by 2050. A multi-faceted approach involves tackling transportation, which the country’s National Meteorological Institute estimates is currently responsible for about 40% of their emissions. To combat this they aim for 70% of their buses and 25% of cars to be electric by the year 2035. Construction of an electric train line in the capital of San Jose starts in 2022.

So while your Costa Rican vacation in and around the area of Los Suenos isn’t yet completely carbon neutral, you can rest assured you’re visiting one of the world’s best places for sustainable tourism.