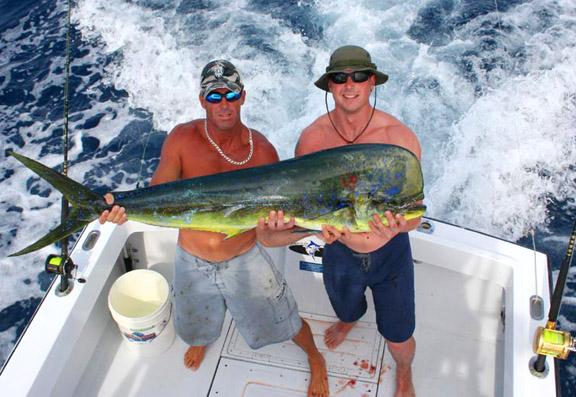 This past week Los Suenos sportfishing had its Annual Invitational Marlin Tournament. The marlin fishing has been picking up in the past few weeks - a steady number of Marlin are being caught.

The sailfish numbers have also been on the rise with many boats seeing two to four sails per day, while getting at least one shot a day at a marlin. A few boats have reported exceptional days this week, seeing up to six marlin and ten sails in a single day. The sailfish typically begin to show up in greater number towards the end of December.

For the past week most of the best bite has been scattered around 40 miles out of the Los Suenos Marina.

Seas early last week were a little choppy, but the past few days have provided some incredibly beautiful weather. There has been no wind and perfectly flat seas making a 30 to 40-mile run to the bite fast and comfortable. It looks like wepre finally exiting green season.

Bottom fishing has been real good this week with tons of tile fish - groupers in 300-400ft range.

The roosterfish bite has also been good over the past week, with a similar snapper and amberjack bite.

Until next week… Tight Lines –