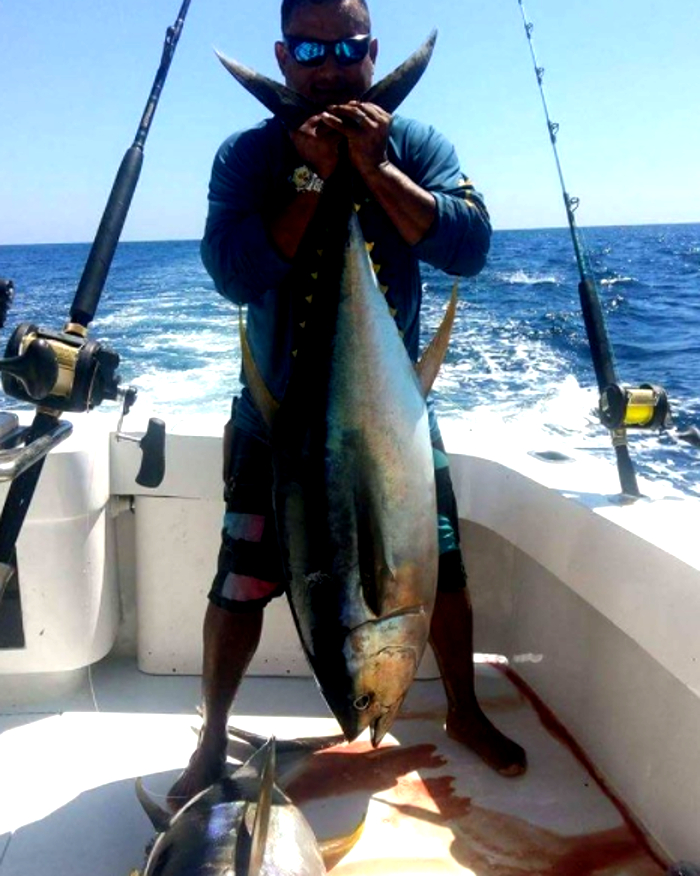 Thanks to a recent law passed unanimously by the Costa Rican government, the waters near Jaco and Los Sueños Marina have received extra protection that will benefit the sportfishers who flock to this area for recreational angling.

On August 11, 2022, it became illegal for commercial fishing vessels like purse siene net fleets to operate within 80 miles of Costa Rica’s shores. After bouncing around Congress for two years, the new legislation was passed with approval from all 52 members. Now, deep sea fishing in Jaco, Costa Rica promises to be better than it has been for decades!

What Was the Problem?

The waters off Costa Rica are rich with gigantic and delicious tuna. Tuna seiners would target these impressive meat fish, sweeping them up in immense quantities. As they did so, they would often cause significant collateral damage in other sportfishing species such as marlin or sailfish that would get caught in their traps.

Many of these commercial fishing boats were from other countries, damaging Costa Rica’s economy by collecting in mass one of their biggest (and most delicious) assets - the tuna. In addition, the massive hits that the billfish and other popular recreational fishing species took was affecting sportfishing tourism in a negative way.

There’s no doubt that protecting the fishing industries is extremely important to the country. Their marine economic zone is eleven times the size of their land mass. Foreign boats were greatly taxing the fish populations, as it was not uncommon for a single foreign seine with a 60-day license to fish to bring back more tuna than Costa Rica’s national fleet of 400 vessels collects in a year. Lobbyists shared that the nation only made a $37 profit from each ton of tuna caught this way.

Sportfishing lobbyists have been campaigning for this law for many years, eager for the 2014 decree made by President Laura Chinchilla to be made more official. While that decree stated that commercial fishers had to remain 45 miles offshore, the new law extended that barrier to 80 miles and will make it more difficult for loopholes or changes to be made.

What the New Tuna Reform Law Means for Sportfishing in Jaco

Since 2014 when President Chinchilla’s decree was made, the nearby oceans have already seen the fruits of the restoration effort as species began to repopulate in the waters. Experts anticipate that moving the tuna seines further offshore will advance these efforts even more.

In addition to the many species of fish that sportfishers look for in the waters outside of Jaco, Costa Rica, other marine animals will thrive without the nearby threat of the commercial fishing fleet, such as turtles and rays. A healthier ecosystem should produce more gainful fishing charter trips.

Jaco, Costa Rica is a popular destination for travelers who want to have the sportfishing experience of a lifetime. The Los Sueños Marina hosts the Los Sueños Signature Triple Crown Billfish Series each year, a testament to the fact that it’s a must-visit location for devoted anglers. The new law will be a relief and an asset for all those seeking to make the catch of a lifetime when they come to visit, as the waters should soon be home to billfish populations that flourish even more than usual.

Be among the first to take advantage of the newly protected waters around Los Sueños and Jaco, Costa Rica by booking a fishing charter trip with Adventure Tours Costa Rica today!